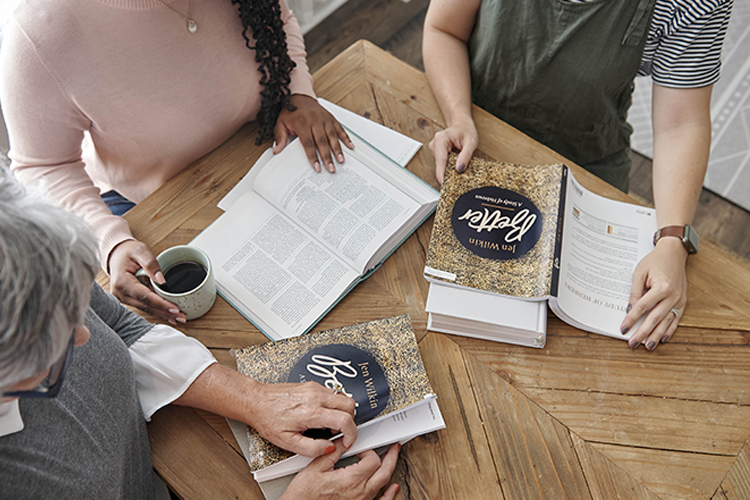 We are excited to introduce you to Jen Wilkin’s latest study, Better: A Study of Hebrews!

This study is a little bit different from many of our Bible studies. The video teachings are essential to getting the most out of this study, so we’ll be giving you an inside look at the video content instead of our usual Bible study book excerpt. (You can still view a free sample of the Bible study book here.)

For now, we’ll let Jen tell you a little more about this study:

Therefore, since we are surrounded by so great a cloud of witnesses, let us also lay aside every weight, and sin which clings so closely, and let us run with endurance the race that is set before us, looking to Jesus, the founder and perfecter of our faith, who for the joy that was set before him endured the cross, despising the shame, and is seated at the right hand of the throne of God.

So I say all the time that the Bible is a book about God. And the Book of Hebrews is a letter about the supremacy of Christ. And yet, in my years of reading Hebrews 12:1-2 out of context, I saw this passage as something that centered on me.

I read this, “Therefore, since we are surrounded by so great a cloud of witnesses,” as, All of the people in Hebrews 11, they’re all looking down on you, Jen, and they are cheering for you, girl! They are just cheering you on as you’re running that race. That’s how I read it.

But that doesn’t fit with the context of the book. This great cloud of witnesses is not looking at me, they are looking to Jesus. They are fixing their eyes on Him. So why are they witnesses? They’re not witnessing me run the race, so much as they are standing witness to the faithfulness of God to all generations. That’s what they’re doing. They stand and they say to you and me, “I bear witness that He is who He says He is and He does what He says He will do.”

“Therefore, since we are surrounded by so great a cloud of witnesses,” to the faithfulness of God, “let us also,” as they did, “lay aside every weight, and sin which clings so closely, and let us run with endurance the race that is set before us.”

Now, I have to admit, this metaphor is a difficult one for me as there is not one athletic bone in my body. I famously joined the band in high school to get out of PE. That was a thing in Texas. I did not even play an instrument. I had to learn an instrument to escape PE, because I didn’t want to have to run the mile.

Not only that, but I recall distinctly having been married to my husband for two full years, at which point we were on sort of a just-for-fun rec league of a softball team, and I somehow managed to get a base hit. And when I ran to first base, Jeff said to me, “You know, I think that’s the first time I’ve ever seen you run.” I said, “Well, yeah, we haven’t been around bears or cougars or anything.”

And he says, “Lay aside every weight, and sin which clings so closely.” And what he’s giving us here is a picture of what Greco-Roman athletic events were like in the ancient world. And do you know what garb you wore to run the race? You wore nothing. You set aside anything that might encumber your movement and you ran the race.

So there is the weight of the Old Testament law, but then there is also sin. Don’t let either of these things inhibit you from running the race of faith. “Let us run the race with endurance.” And then it says, how are we to do this? “Looking to Jesus, the Founder and Perfecter of our faith.” Now, what kind of a race is it? Is it a sprint? No, I think based on what we saw in chapter 11, we should regard it as a marathon. It is a marathon. Because the word endurance is there. We should know that the race is going to take effort, but that it is worth it.

Our sanctification will cost us everything. This is a race that will take endurance. And what do you do? You train for a race, right? Good thing that we have the living and active Word to train us.

So “run with endurance the race that is set before us, looking to Jesus, the founder and perfecter of our faith,” who has run the race. Now, Founder and Perfecter, what does that sound like? Beginning and end. The Alpha and the Omega. The Alpha and the Omega of our faith, “who for the joy that was set before him endured the cross, despising the shame.” So He had the future joy that He knew was for Him and was willing to endure for yet a little while what was before Him.

We fix our eyes on Jesus, just as everyone in Hebrews 11, who now see in full what they only saw in part—who, I believe, are not watching you and me, because they don’t want to take their eyes off of the Author and Perfecter of their faith.

Want to read more about this new Bible study? Read a free sample here, or purchase the study here.

And, to celebrate this new release, we’re giving you some free wallpapers of our favorite quotes from the study! Simply click the images or links below to download. 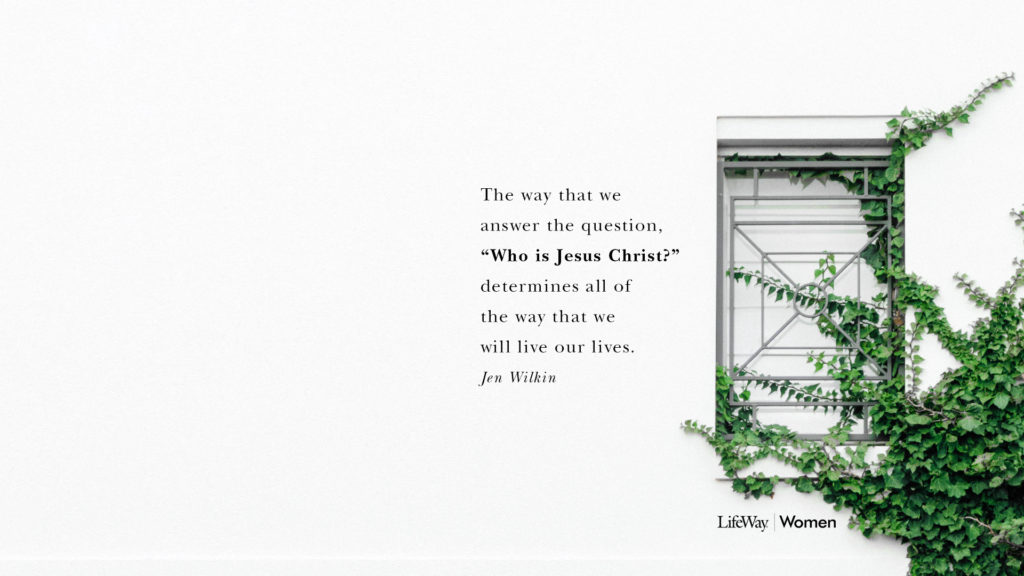 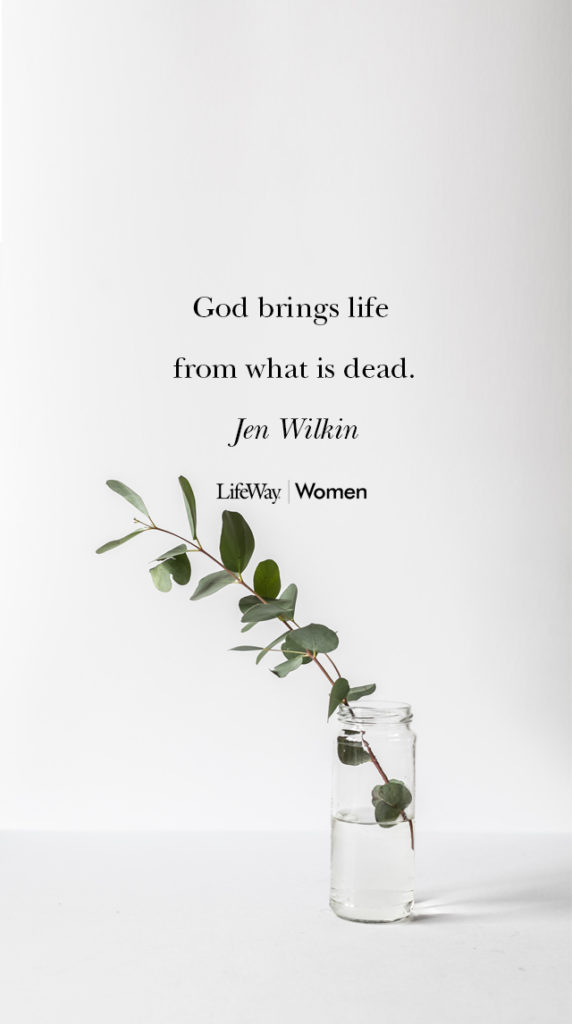 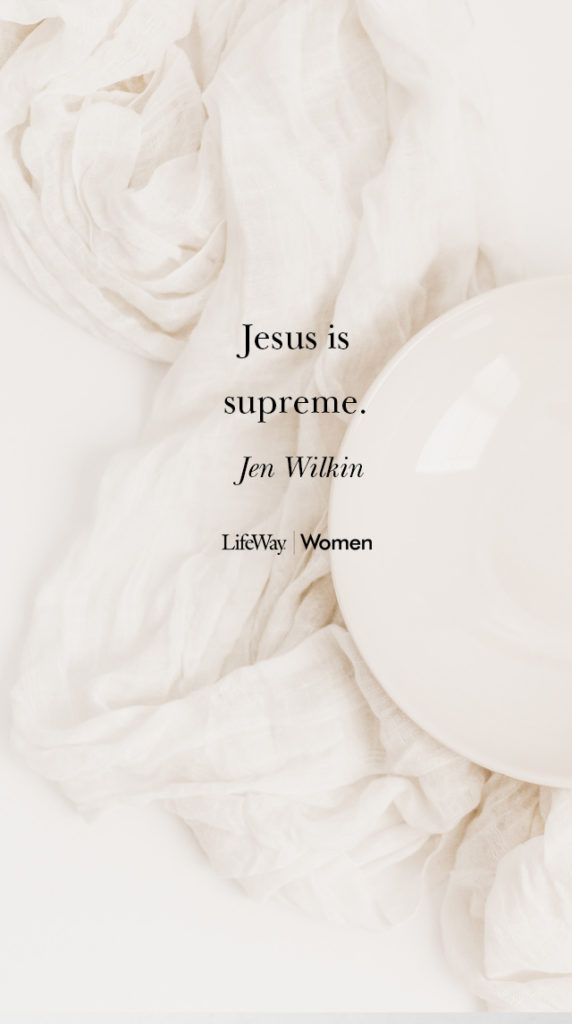 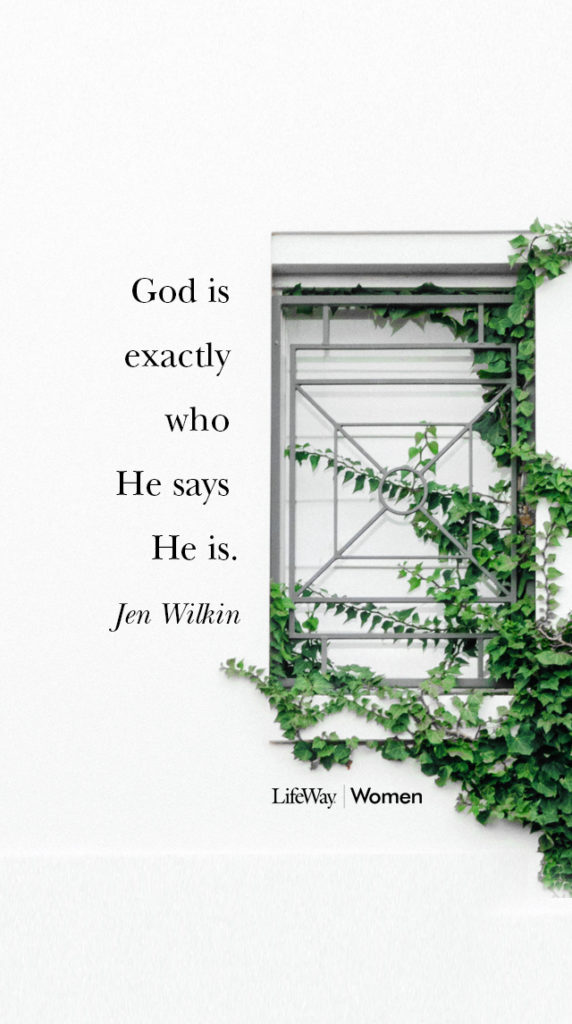 Would love to study the book of Hebrews.

I cannot wait to do your study on Hebrews!! I loved “None Like Him” and getting ready to participate in “In His Image” study! Thank you so much for helping us to learn more about our Father ! As I grow closer to Him, my heart yearns to learn more about Him. Keep shining His Light!
Love Gwynne Maffett

Is this a study coming to LifeWay Women or is it just for purchase? I am very interested in it and love the way Jen Wilkin approaches the word of God.

Hi Terri! It is currently just available for purchase.