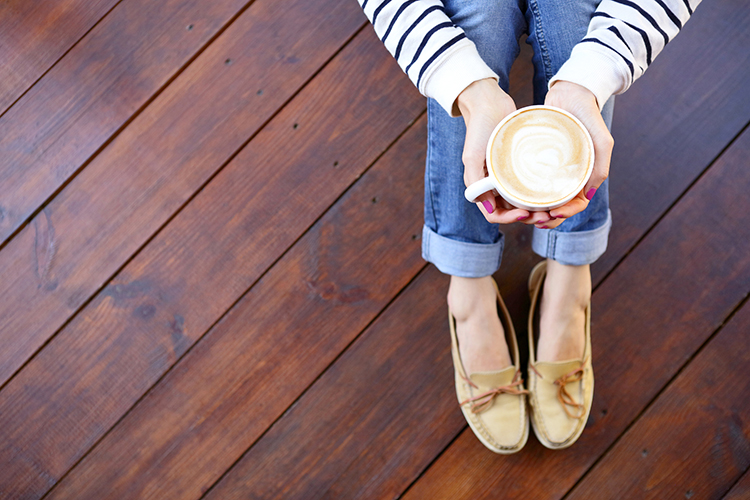 I recently wrote a Bible study on the life of Joseph called Finding God Faithful. I can think of few people whose lives bore greater witness to the sufficiency of God’s presence in the midst of suffering than Joseph’s. I can also think of few people whose pain is so easily identifiable—we all “get” Joseph on some level. We may not have a multicolored robe that nearly cost us our lives hanging next to our sundresses, and we probably haven’t traveled by camel to a foreign land as a slave. But we patently understand difficult family relationships. We’ve experienced betrayal. Broken dreams have nearly sunk us. We know unfair. And almost every one of us has wondered at some point in our lives, Where is God? If none of those have a familiar ring, surely we’ve all struggled to forgive someone when forgiveness feels perfectly impossible. So here are a few truths mined from Joseph’s life that I pray will be an encouragement to you.

Whether in Pit or Palace, God’s Presence Changes Everything.

After Joseph’s brothers threw him into a pit and sold him into slavery, Joseph arrived in Egypt and was sold yet again to an Egyptian ruler named Potiphar. The opening verse of chapter 39 appears disastrous as Joseph is left as a teenage slave in a foreign land, separated from his family and homeland. At first glance, God seems to have lost control of the story. But Genesis 39:2 begins with, “The LORD was with Joseph.” These five words run as a thread throughout the narrative—both through Joseph’s pain and his prosperity. Whether we’re in good times or hard times, Jesus’ presence will prove to be our greatest treasure, surety, and blessing. We typically don’t discover the intimacy and joy of Jesus’ presence without walking through difficult times. So if you’re in one of those hard seasons, lean into His presence. In the end, you may even find yourself grateful for the trial because of the way it drew you closer to Christ.

We tend to think we’re most blessed when life is running smoothly, everyone is getting along, we’re healthy, and our jobs and relationships are thriving. These are indeed blessings, but what we often forget is that God can bless us even in the midst of our suffering. The two are not mutually exclusive. I’ve always been intrigued by how Genesis 39:21 describes Joseph’s descent into prison: “But the LORD was with Joseph and extended kindness to him.” I always think, Lord, if you were going to go to all the trouble to be kind to Joseph, why not show your kindness to him by getting him out of there? But even in his suffering, the Lord’s presence, favor, and blessing were on Joseph’s life (he was given authority over the other prisoners) in the middle of hardship.

Often when I’m hurting, I look for the Lord to show me kindness by delivering me from my pain or by giving me what I’m longing for. Sometimes He does this, but other times He shows me kindness in ways that are different than what I desire. If I’m not careful I can resist His kindness or have my eyes closed to the way He is blessing me—simply because I’m only interested in Him giving me what I want. Joseph leaned into the favor God gave him in a most difficult time, and ultimately the Lord’s goodness to Joseph led to his release from prison and to a position in Pharaoh’s palace. How is the Lord showing you kindness right now? Don’t miss it, especially if it’s different from what you want.

Suffering Makes Us Fit for the Dreams God Has for Us.

Joseph was 17 when God gave him dreams about his rise to power and his family bowing down to him. The promise had been made. Joseph’s future was certain. However, these dreams wouldn’t come to pass for another thirteen years. Joseph’s brothers’ betrayal, the move to Egypt, the loss of his family, the temptation of Potiphar’s wife, the unjust prison sentence—all of these would take place before God raised up Joseph as a ruler. The Lord had to make Joseph ready for the dreams He had for him.

Psalm 105:17-19 says, “He had sent a man ahead of them—Joseph, who was sold as a slave. They hurt his feet with shackles; his neck was put in an iron collar. Until the time his prediction came true, the word of the LORD tested him.”

Our pain and hardship will never be wasted if we surrender ourselves to the Lord in the midst of it. He uses the difficult times we walk through to refine us, prepare us for future positions, and ultimately to make us more like Himself.

People Who Fail Us Can’t Prevent God’s Plan For Us.

Perhaps one of the most powerful truths we discover about Joseph’s life is that people who fail us can’t prevent God’s plan for us. Early in Joseph’s story we are told that his brothers hated him because of their father’s favoritism toward Joseph and also because of the dreams God gave him. Jealousy and hatred raged. After the brothers threw Joseph into a pit, one of them said, “Then we’ll see what becomes of his dreams!” (Genesis 37:20). Over 20 years later, when Joseph was second in command of Egypt, all of his brothers bowed down to him (Genesis 43:26). The brothers thought they could destroy the dream God had given Joseph by destroying Joseph. But no one can shatter a dream whose source is in God!

Perhaps someone has betrayed you, wounded you, or robbed you in a very real way. Neither Joseph’s story, nor the rest of Scripture, cover up the pain that evil people can inflict on us. Joseph will later call evil, evil—he never sweeps what his brothers did to him under the rug. However, what we do see is God’s mysterious and wonderful ability to take what was meant for evil toward us and turn it into good. No matter what you’ve been through, surrender the people and painful circumstances to the Lord. Ask Him to help you forgive from the heart. And ask Him to show you promises from His Word that will keep you pressing on in faith.

Joseph’s story reminds me that when it seems like some part of our life is running counter to God’s will, it’s likely because we don’t know God’s version of our story. We can’t see the big picture. Though the first several years of Joseph’s life in Egypt must have felt way outside of God’s plan, Joseph’s detour to Egypt was no detour at all. God would use Egypt as the place where Abraham’s descendants would proliferate into the nation of Israel. Joseph was right where God wanted him. And if you’re a child of Christ, submitted to His will, you’re exactly where He wants you, too. And there’s no telling what He can do with a heart surrendered to Him. 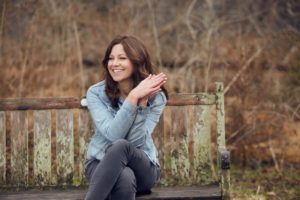 Kelly Minter is passionate about teaching the Bible. When she’s not singing, writing, or speaking, you can find her picking homegrown vegetables, enjoying her six nieces and nephews, or riding a boat along the Amazon river with Justice & Mercy International. A Southern transplant, she delights in college football, long walks, and a diner mug of coffee with her closest friends. 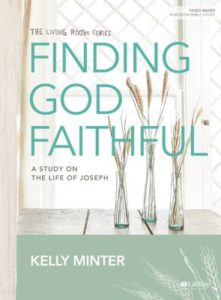 If God blesses you then there is nothing to be afraid of. Even though you may pass through the valley of death, you still don’t have to be afraid because what is living inside you is greater than what is in the world(1 JOHN 4:4). He can restore whatever has been broken in you. Understand the simple fact that, the moment you decide to follow Christ Jesus; then you are already blessed!.

This really, really spoke to me this morning! Praise God! Thank you for writing this. God has led me to the story of Joseph 3 times in the last 24 hours. I am really struggling in this season of life being a full-time working mother of a 1-year-old and a 4-year-old. I desire so much to be a stay-at-home mother and my heart is broken every day when I have to leave my boys for 9 hours, especially when they cry like my youngest did this morning. This really stuck out to me this morning and has given me peace that..”when it seems like some part of our life is running counter to God’s will, it’s likely because we don’t know God’s version of our story.” I do believe God has a plan and a purpose for my life and He has me right where He wants me. So, again, thank you for this!

Thanks for sharing, Stephanie! We totally understand that inner struggle of mothers. Know we’re praying for peace and contentment in this season of life.

I find your writings so authentic and real. i found myself in the story books of the bible and apply them daily to my lifestyle. I find myself more attracted to his word, my relationship with the Holy Spirit has increased. I pray that God will lead me to his purpose for my life, because all i have tried has not been working. Maybe i need to be more patient but i feel that i am so close to finding out. I want to minister and keep being in his presence. My name is Chantelle and i am reading all the way from South Africa

Thank you for sharing Chantelle! Praying with you in your journey!

This might be the most wonderful thing I’ve ever read. I’m going through A horrible situation. However, I’m at peace and can feel God with me. I’ve been through a lot in my life, but as I’ve matured as a Christian and have deepened my relationship with Christ, my reaction to what has happened has not broken me at all. Instead, even though I am sad, I learned it IS possible to go THROUGH things WITH God holding my hand. Instead of falling apart, I’m trusting him completely. Even tho I know this story, the way it was written spoke directly to me. I have felt for some time now, that God is calling me to minister to women and I think experiencing peace even in the face of tragedy IS possible and one step closer to Gods plan to call me to ministry.
Thank you.
Well done.
Trish

We are starting your study next week and I have started reading ahead and looking forward to digging in!

Thank you for reminding us that if we are a child of God and our heart surrendered to Him and His will, we are exactly where He wants us. 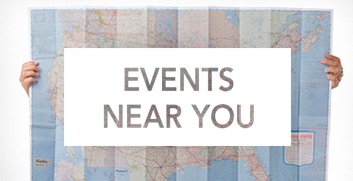 Thank you New Orleans! We had a blast worshiping a

We loved kicking off the 2020 season of Living Pro

We're 15 days into the new decade, tell us: how ar

"God is exactly who He says He is." Jen Wilkin #Be

Join us this spring for "Cultivate: A Gathering of

We love this quote from #BetterBibleStudy! Who is

We loved hearing all about Lysa’s newest Bible s