Today I want to share with you two brand-new albums from YouTube stars Miss Nina (Nina Stone) and Eric Herman. Both are peppy albums for kids, meant for dancing and singing along. 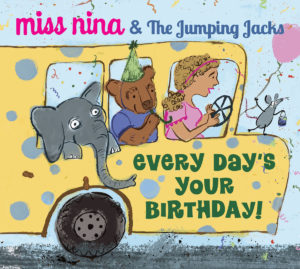 Her first album with her band The Jumping Jacks, Every Day’s Your Birthday was released by Miss Nina on May 6.

Musically, Every Day’s Your Birthday traces its roots to ’60s and ’70s pop and rock music — from The Brady Bunch and The Beatles to Led Zeppelin and the Grateful Dead — and also displays Miss Nina‘s love for dance and early ’80s hip hop and rap. In a delightfully engaging manner, the songs colorfully combine high-energy dance music with memorable bits of practical advice.

My 7-year-old daughter adores “The (Silly) Wheels on the Bus” and asks for it repeatedly (because who doesn’t love soldiers with pet kangaroos on a bus?). We’ve been enjoying the upbeat tunes, perfect for a car ride and for dancing at home. With over 9,000 YouTube subscribers, Miss Nina has found her sweet spot for entertaining children. (We like the “Brown Bear Rap” too!)

A little less pop and a lot more tongue-in-cheek entertainment, Bubble Wrap is a June 10 release from Eric Herman and the Thunder Puppies.

Says Eric Herman, “Bubble Wrap reflects both the coming together of our band and my own personal creative re-invigoration. The last album I released was Party Animal in 2014, and that took five long years to finish. I was pretty burned out during that period, and of course my wife Roseann’s extended illness and death was a huge factor. But all of the Bubble Wrap songs came together in just over a year, and the process felt exciting, vibrant and meaningful, with new kinds of ideas being inspired and explored in a very organic way by the band.“

Herman’s YouTube channel boasts over 32,000 subscribers and 50 million views. Bubble Wrap is a thoughful and relaxed but witty album. It may take your kids awhile to “get” some of the jokes – but they will bring a smile to your face. Featuring songs addressing light topics like bubble wrap, food, and cell phone addiction, Bubble Wrap also has songs about stage fright, a friend moving away, and the death of a parent. It’s a well-rounded album that your family can enjoy and talk about together.

Want to win both albums? One lucky winner will get both Every Day’s Your Birthday and Bubble Wrap on CD. Just leave a comment here telling me one of your favorite kids’ albums or songs. 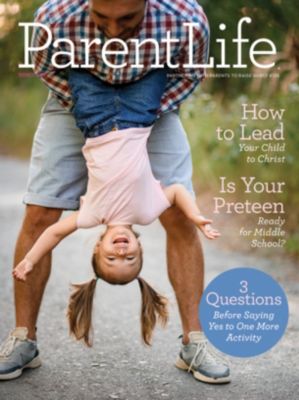