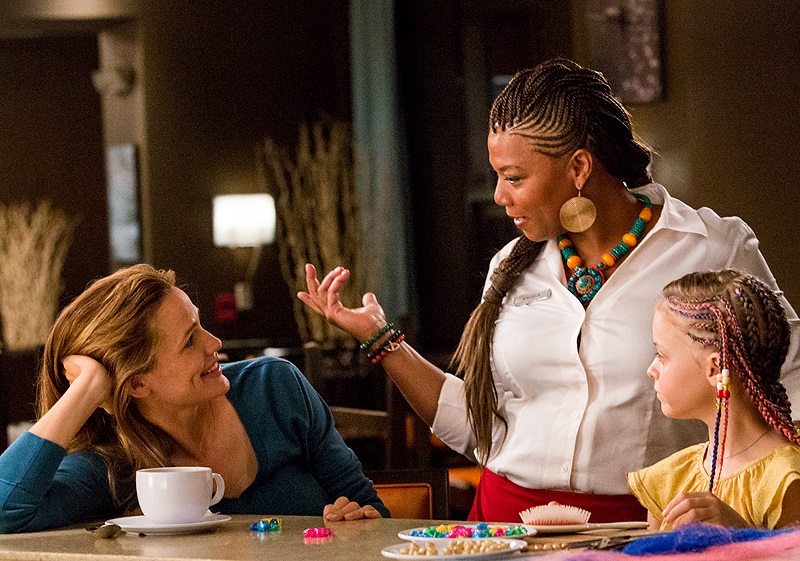 Sony Pictures’ new inspirational movie Miracles from Heaven is based on the incredible true story of the Beam family. When Christy discovers her daughter Anna has a rare, incurable disease, she becomes a ferocious advocate for her daughter’s healing as she searches for a solution.

After Anna has a freak accident, however, an extraordinary miracle unfolds in the wake of her dramatic rescue, one that leaves medical specialists mystified, her family restored, and their community inspired.

Kelly Wilson Mize recently had the privilege of speaking with Christy Beam about the soon-to-be released film based on her book, Miracles from Heaven. The movie, starring Jennifer Garner, Kylie Rogers, and Queen Latifah will be released just in time for Easter, 2016.

Kelly Wilson Mize: Can you tell me a little bit about the day the tree “swallowed” your daughter?

Christy Beam: I was doing laundry and my (then eleven-year old) daughter Abigail came in, quite hysterical, telling me that her (nine-year old) sister Anna had ‘kind of fallen into a tree.’ The girls were climbing trees, and in my mind she had just climbed too high and couldn’t get down because she was so weak and sickly. So I hurried outside to help Anna navigate down the branches.

I got out to the massive cottonwood tree, and my daughter Adalyn (7 at the time) was holding a metal pipe, digging madly at the base of this tree. I asked what she was doing, and she said, “Mommy, Annabel can’t breathe, and I’m digging her out of this tree.”

“Where is Annabel?” I asked.

They both pointed and said, in unison, “She’s in the tree!”

It was like the world stopped. Abbie pointed up to the top of the tree where there was a hole, and told me that Anna was in the hole!

KWM: Prior to her fall, how had Annabel’s digestive disease affect her quality of life?

CB: We were in and out of the hospital and doctor’s offices constantly. That last year she was hospitalized 9 times, no less than 5 days each time. Her life was consumed with the illness. Even eating and drinking was just a nightmare.

KWM: What are some of the miraculous things that happened to Annabel while she was unconscious inside the tree?

CB: Annabel told us that she visited heaven and sat in Jesus’ lap! She wanted to stay there because there was no pain in heaven. But Jesus told her, “I have plans for you on earth that you cannot fulfill in heaven. When the firefighters get you out, there will be nothing wrong with you.”

Doctors told us, “Jesus must have been with that little girl in that tree, because we’ve never ever had anyone fall 30 feet and not suffer paralysis or broken bones.” And so her survival was a miracle in itself.

While she was with Jesus, Anna says she saw a little girl, and kept thinking, “I know that face. Who is that little girl?” She says that Jesus told her it was her sister.

We had never told Annabel that we had two miscarriages. If that was her sister, we wondered why she wouldn’t have seen two children. But we realized that one of the miscarriages was known [medically] as a blighted ovum, where no life ever forms. The other baby, though, was lost at 12 weeks, and we believe that hers was the face that Annabel saw. I found that miraculous. When she told us all this, I began to think, “There is something really, really, really serious going on here.” She could never have known that …

KWM: Was Anna immediately healed after her experience in the tree?

CB: I wish I could tell you that I immediately said, “God is good; you are healed,” but I was not-so “standing on faith” right away. Because it just didn’t seem real. It just couldn’t be happening! But every day, Anna was eating and playing and going to the bathroom normally, and wasn’t asking for pain meds. One day turned into another, and into another, and before we knew it, two weeks had passed and it was time for her to rotate onto a more powerful antibiotic. I called the doctor and said, “She doesn’t need it.” He thought she would need it in a few days, but we never gave it to her again! And that was the beginning of weaning her off of one medication after another, after another.

KWM: Does Anna still talk about her experience?

CB: Sometimes, but not very often. She talked about it so much with the book release; there was a lot of media for that. I think that’s what is so precious about her experience is that it’s her experience. I’ve told her, “If there are parts of your experience that you feel are treasures that you want to keep in your heart, you keep them. Those are between you and the Almighty. You don’t have to share them.” She gives me a little wry smile, so it makes me feel like there are treasures she’s keeping, and that’s OK. Some days she shares things just out of the blue, but not consistently.

KWM: Have you experienced cynicism about this experience? If so, how has your family handled that?

CB: When we experience that negative eye, or “venom spewed,” we go straight back to the positive, and [think about] the good things. I get messages from all over the world: Pakistan, South Africa, the Netherlands, literally all over the world, with people saying that our story has given them hope in spite of challenges. When a negative comes along I say, “You know what? You are getting replaced with a positive, because I am not going to stay and dwell here!”

KWM: How did your book come to be written?

CB: Because God actually laid it on my heart. Me not being a writer, I said to God audibly, “You know that’s so cute, God, but no thank You. I’m not doing that.”

Then, we met again about a month later, and of course I’d done nothing about it. My friend sat down and said to me, “It’s not a matter of if you’re going to write a book, God wants to know when.” That day, I went and bought a laptop, and it just started pouring out of my heart. The manuscript got written, and it just took off from there.

Read the rest, where Christy talks about the movie, tomorrow on ParentLife!