Reading Grant by Ron Chernow is a journey not unlike the main subject’s, which unfolds in the book’s pages. A detailed account of an unknown western leader’s establishing himself as the fighter we know him as today, Grant is a rewarding read, bringing to life a relatable and resilient man. 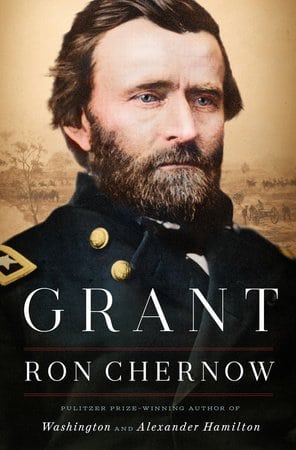 Chernow’s excellent research and storytelling brings to life Ulysses S. Grant, a great American who overcame many obstacles. A true working American man of the people, Grant struggled growing up, having very little material advantages. Grant’s humble beginnings and experiences make him so much more relatable than other major leaders in U.S. history.

Grant championed those who couldn’t fight for themselves, most notably during the Civil War and Reconstruction. Grant continued Lincoln’s legacy as best as he could and knew that nursing the country back to health in the decades after the Civil War was just as important as winning the war. Frederick Douglass praised Grant:

To [President and General Ulysses S. Grant] more than any other man the negro owes his enfranchisement and the Indian a humane policy. In the matter of the protection of the freedman from violence his moral courage surpassed that of his party; hence his place as its head was given to timid men, and the country was allowed to drift, instead of stemming the current with stalwart arms. 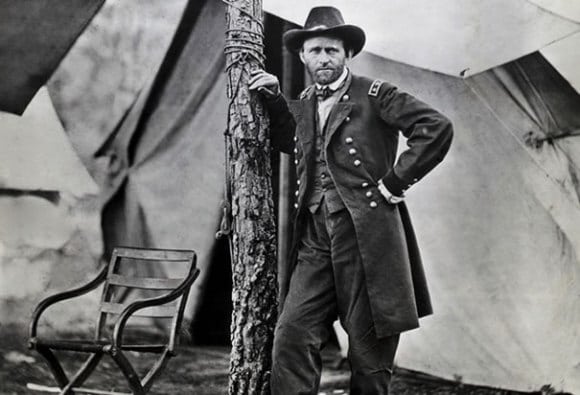 Grant posing, restless yet determined, after the devastating defeat at Cold Harbor.

If you look up the word resilience in the dictionary, you should find Ulysses S. Grant’s picture there, as he fought, literally, until the day he died. Despite his fights through difficult circumstances in the Civil War and falling prey to bad business deals, Grant never lost the enthusiasm to learn. The press and his enemies would often call him a “Cretan,” yet he became incredibly well read and his two-and-a-half-year journey around the world after his presidency is unmatched for his time.

Next up, I hope to read the Personal Memoirs of Ulysses S. Grant (published by his friend Mark Twain). If you are not up for the one thousand-page epic, I highly recommend listening to Ron Chernow’s podcast interview on The Art of Manliness. Listen here.

How does God use resilience in you?

My daughter, who was once a competitive gymnast, would ask, “Dad, what happens if I fall off the balance beam?” I would reply, “Just get back up and complete what you started. What matters is how you finish giving your all. God will work in you no matter what.”

Living a life of resilience is no different than when a fallen runner returns to the track or when a sports team returns to the field after a big loss. You keep going. God works through you in so many ways so that you’ll persevere, just as Grant did during the Civil War.

Men must be tested in order to understand how to rely fully on God. This is not a lonely affair. He gives us other men to help sharpen us for effectiveness in all of life’s endeavors (Prov. 27:17). God uses your resilience in life’s experiences to forge you, which He also accomplishes through His Word. He gives you everything you need to grow closer to Him and to be of service.

In James 1:2-4, we are reminded to “Consider it a great joy, my brothers and sisters, whenever you experience various trials, because you know that the testing of your faith produces endurance. And let endurance have its full effect, so that you may be mature and complete, lacking nothing.”

Paul reminds us in Ephesians 2:10,  “For we are His creation, created in Christ Jesus for good works, which God prepared ahead of time so that we should walk in them.”

Walk on and keep trusting.

Dave Schroeder leads marketing at B&H Publishing Group and co-hosts the Reading Writers podcast. He is an avid reader of history, biography, and fiction books that draw deep life lessons. He, his wife Brooke, and two daughters live in Nashville, Tennessee.

By Brian Daniel Recently I was on the John Muir Trail in the California Sierras. It was epic but, also a grueling 5-day hike over 67 miles with more than 17,000 feet in … END_OF_DOCUMENT_TOKEN_TO_BE_REPLACED

You’ve heard it said, many times by now. These are unprecedented times. Truth is, they are in many ways. But it’s also true that these times are exposing things in our life, … END_OF_DOCUMENT_TOKEN_TO_BE_REPLACED

by Tyler Quiller Recently, after moving into our new home, I began to hear a strange noise coming from my office walls while I worked. At first, I just chalked it up to a pipe … END_OF_DOCUMENT_TOKEN_TO_BE_REPLACED