Acts 9:19-31
Barnabas brought him to the apostles and explained to them how Saul had seen the Lord on the road and that the Lord had talked to him, and how in Damascus he had spoken boldly in the name of Jesus (v. 27).

It had been a bad couple of weeks around church. There was one member who had been on my case saying that I should be fired as the pastor. He even went so far as to write a letter to the elders stating his reasons. The elders scheduled a meeting to hear him out and talk through his letter. I went into the meeting not knowing what to expect. I was still relatively new to the church and wasn’t sure how they would react. Would they side with him or come to my defense? Moments before the meeting, I was in my office when the chairman of the elder board walked in. He leaned back against the corner of my desk, gently folded his arms over his chest, and smiled at me. He told me that everything was going to be OK and that he and the rest of the board had my back. It was such an encouragement to know that they would defend me. I had a newfound confidence as we walked into the meeting together.

In Acts 9, shortly after Saul’s conversion, he tried to join up with the other disciples in Jerusalem, but he was rejected instead. They were still afraid of him and unsure if he was a legitimate convert. But Barnabas, whose name means “son of encouragement,” came to Saul’s defense. He believed in Saul and advocated for him in front of the apostles.

It can be discouraging to face rejection and accusation. Believing in someone when others don’t gives that person strength to walk through hard circumstances. Be on the lookout today for someone to whom you can be a Barnabas.

▪ When was the last time you received some needed encouragement? How did it affect you?

▪ Who may need your encouragement? Who needs you to believe in them?

Pray: Pray that God would give you eyes to see those whom you can encourage today.

This article is an excerpt from Stand Firm, a daily devotional for men. 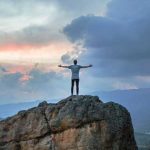 by Michael Kelley How do you measure success? All of us, I think, have some internal barometer by which we measure ourselves. And we apply that measure to all different kinds … END_OF_DOCUMENT_TOKEN_TO_BE_REPLACED 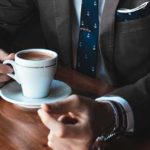 You have probably met a man at some point with this singular quality. You can’t define it. You can’t quantify it. You can’t put words to it. But you feel it. You see it. You know … END_OF_DOCUMENT_TOKEN_TO_BE_REPLACED 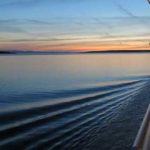 With Valentine's Day mere days away, it is completely normal for us men to be scrambling for gift ideas. No? You aren't scrambling? Maybe it's just me... But if you are like me and … END_OF_DOCUMENT_TOKEN_TO_BE_REPLACED