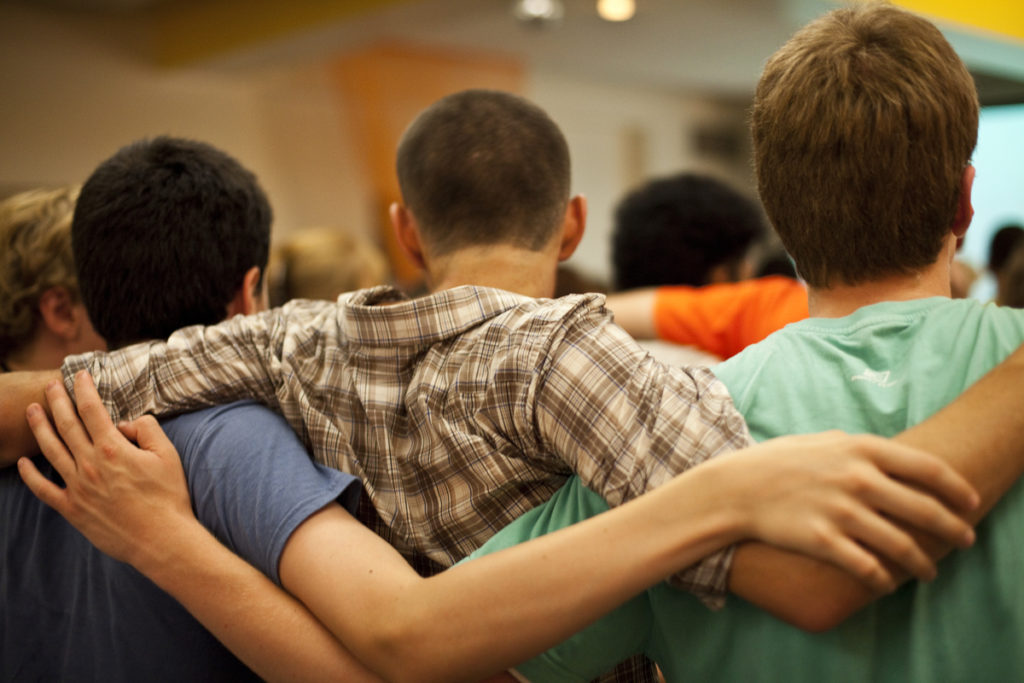 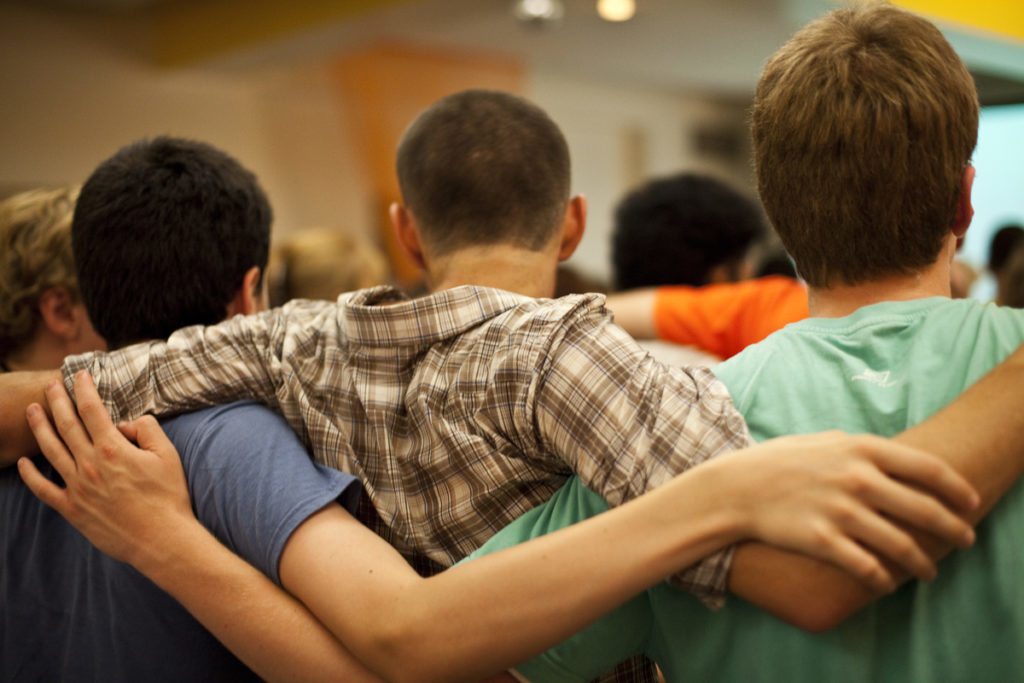 By: Kris Dolberry–  Everyone loves pancakes– especially when there’s bacon involved. But, when it comes to Saturday morning pancake breakfasts, most of us have been-there-done-that. So, beyond the pancakes, bacon, and dude sharing a quick devotional, here are 10 fellowship ideas for your men’s group to consider:

My friend Darin loves his sons and football. He decided to combine those two loves to create an opportunity for dads and sons to come together for a fun day of living dreams and making memories. The result: The Father and Son Bowl. What began as 12 dads and sons playing flag football on a Saturday is now a 2-day event with over 1000 players. The staff for the event are men from his local church.

Daddy-Daughter Dance (or creative movement for some of you Baptists)

My daughter’s school does this every year. It’s always a special time with my girl! Not only that, but when the girls flock together, so do the dads. It becomes an opportunity for men to spend time laughing, talking about parenting struggles, and sharpening each other. Find a space. Enlist a teenager to play some tunes. Ask some ladies to provide a few snacks and decorations and you’re set.

Someone told me yesterday that I was a “hipster dad.” I may appear that way, but It’s not true. It’s all a front. In reality, I’m as country as cornbread. There’s not much I enjoy more than an old fashioned skeet shoot with friends. With very little effort and expense, it can be a great time of talking, laughing, and making fun of the bad shooters (like me).

My friend Dan got a burden for men who were unconnected to church. So in an effort to reach them, he decided to start a 3-on-3 basketball tournament in Franklin, TN. Guess what? It worked! He advertised on Facebook and through word of mouth and hundreds of men showed up. It has now become an annual event.

The important word here is “challenge”. If there are two things I know about men it’s that we love to eat and compete. Can I get an amen? This can be super simple. Have a few guys enlisted ahead of time to grill up some meat. Provide a few sides. Have the men in attendance vote on the best meat.

There’s nothing special about this. It’s simply some guys sitting around a fire talking. Some of the richest and most impactful conversations of my life have come while staring a little blaze, eating a hotdog, and sipping on sweet tea.

I grew up in North Alabama on Lake Guntersville. It’s the home of some of the best bass fishing in the US. Several of my old friends have bass boats and spend a considerable amount of time on the lake. If men in your church are similar, why not redeem that time. Put together a tournament or just an old-fashioned fishing trip. Use the time to have meaningful gospel-centered conversations.

My friend Jeff, a men’s pastor in Charlotte, is a HUGE Clemson Tigers fan. He bought an extra season ticket to Clemson home football games so that he can take other brothers with him. He calls it the “ministry of hanging out.” They pray together, encourage each other, and have a great time! Overly spiritual? Nope. Making disciples “as you go” (Matthew 28:19)? Yes!

I’ve found that conversations with men are often deeper shoulder-to-shoulder than knee-to-knee. Men open up when they are actively doing something. Find a project your men can do together. Build a wheelchair ramp. Clean up a single mom’s yard. Spend a Saturday local ministry in your city. My friend Duaine pastors a small church in Alabama whose men’s group has done over 40 projects for homebound, elderly, and shut ins in their community. In his own words, “It’s one of the best things (they’ve) done.” As guys work, guys will talk. As guys talk, they will sharpen each other.

I’m not much of a golfer. But several of my friends take a weekend each year in the fall to go on what they call “the golf retreat”. That’s all there is to it. They get away, eat great food, play golf, and have deep conversations. They spend the rest of the year talking about last year’s trip or looking forward to the following year.

What ideas have worked for your group? We’d love to hear from you.

Kris Dolberry is a pastor, speaker, writer, and trainer of leaders. After serving in pastoral leadership for 17 years, Kris now leads Ministry to Men at LifeWay and serves as Executive Editor of Stand Firm, a daily devotional magazine for men. Kris is husband to Vanessa and dad to Konnor, Emma, and Brady. They live outside Nashville, Tennessee. Find out more at krisdolberry.com

By Brian Daniel Recently I was on the John Muir Trail in the California Sierras. It was epic but, also a grueling 5-day hike over 67 miles with more than 17,000 feet in … END_OF_DOCUMENT_TOKEN_TO_BE_REPLACED

You’ve heard it said, many times by now. These are unprecedented times. Truth is, they are in many ways. But it’s also true that these times are exposing things in our life, … END_OF_DOCUMENT_TOKEN_TO_BE_REPLACED

by Tyler Quiller Recently, after moving into our new home, I began to hear a strange noise coming from my office walls while I worked. At first, I just chalked it up to a pipe … END_OF_DOCUMENT_TOKEN_TO_BE_REPLACED